4 Things to Think About Before Adding an ADU for Elders 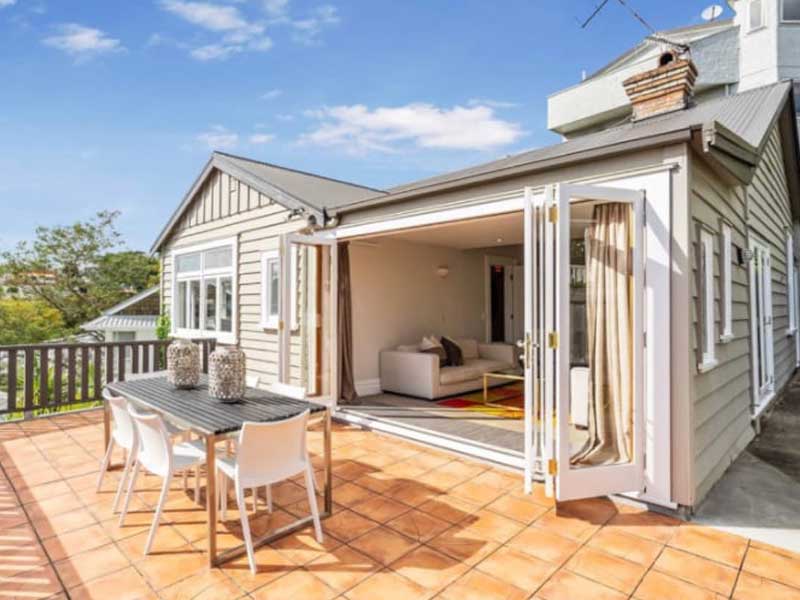 4 Things to Think About Before Adding an ADU for Elders

One of the most common situations in which people consider placing an ADU on their property is to create a new space in their home to accommodate their elderly parents. This could be seen as a way of returning the favor of the adult children to who have put a roof over their heads for several years—building an ADU, whether by converting a garage, transforming a basement or bedroom, or doing new construction in the backyard, is not a task that can be taken lightly. While there are several things to consider, it’s worth noting that the added peace of mind, potential savings and investment value, flexibility, and emotional payoff that building an ADU represents.
As assisted living facilities become more expensive and urban housing options diminish, moving family members into the same home makes perfect sense.
To find out if building an ADU for your loved ones is a good option, you should answer a series of questions that we leave you below.
Let’s start… 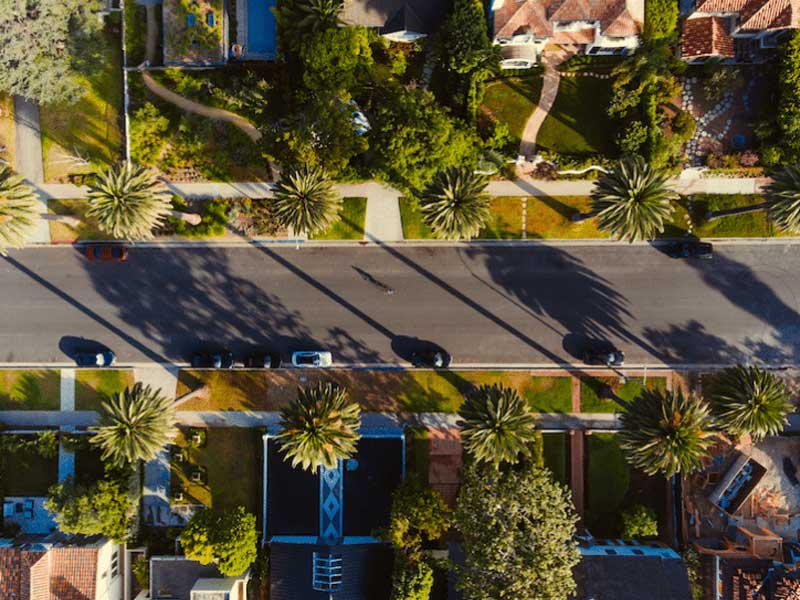 1. Will your home and city allow it?

The first and most crucial step is knowing that you can place an ADU on your property. Zoning ordinances and permitting requirements vary from one municipality to another, which can hinder this type of construction or renovation.

Although laws were amended to encourage the construction of ADUs, many cities still carefully prohibit or restrict additional plumbing or gas lines, among other features. The best thing to be sure of is to check with your local zoning office or local ADU builder.
It is advisable to consult an expert builder in ADUs to find out what the space in your home would be that would require the minimum structural adjustments in the process of transformation or construction of an ADU. This point is vital to be able to maximize your capital. For example, if there is a half bathroom nearby that can be fully expanded, it is possible to save on construction as it would not require new plumbing. It is also convenient to analyze what area of ​​your property would be better for an elderly resident. Transforming an attic would not be suitable for an older adult to live there.
To comply with specific zoning rules, some cities require that an exterior door be placed to have a separate entrance. This makes more sense when the ADU would be used for rent. Although it would seem to make no sense when a loved one would inhabit the ADU, the reality is that having a separate entrance allows you to be close while maintaining individual independence. 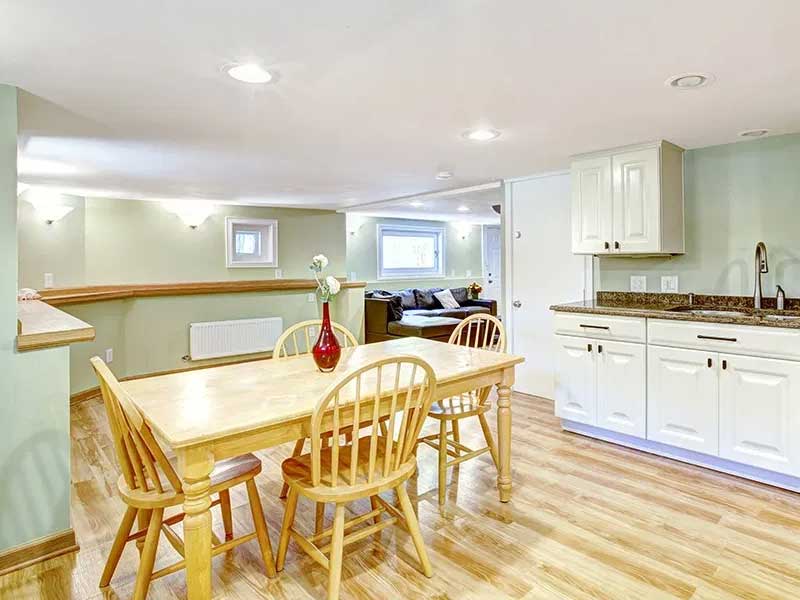 2. Think today in the future accessibility

Recognizing and addressing any potential home hazards or challenges for elderly residents, whether for their safety or other residents, is critical in planning before constructing an ADU for seniors. You need to think about everything from including reinforced walls and grab bars like these in the shower to choosing paint colors that enhance the mood.
It’s always going to be easier to make these adjustments early in the process than to wait for problems to emerge and try to patch them.

Following the universal design principles will help incorporate parts and structures that everyone can use now and in the future.
Among the aging-friendly design, options are floors that are not too slippery or too textured, doors and hallways wide enough to accommodate wheelchairs or walkers, lipless showers to avoid tripping, and more. Every person is different. Laying the groundwork early on to add amenities later is a good bet. 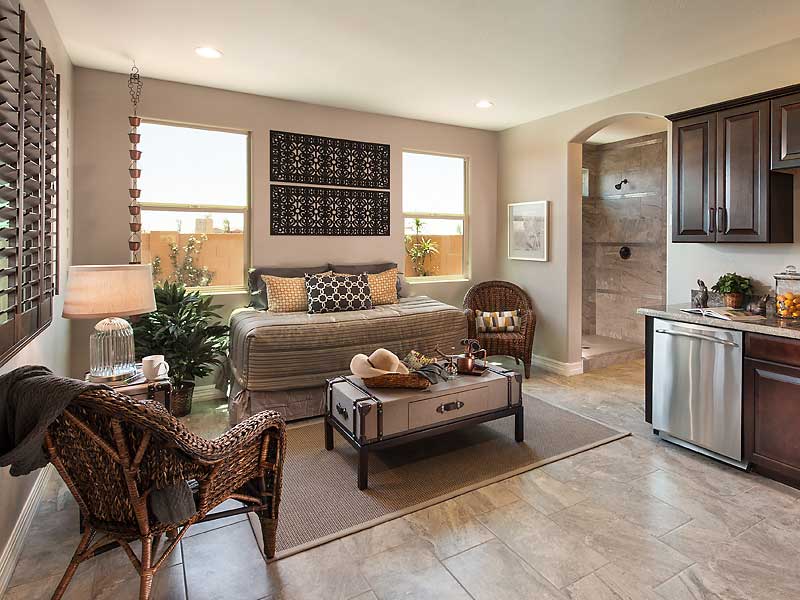 3. See beyond the immediate

It may not be necessary for older adults to move to the new ADU immediately but in the future when they require more care. Meanwhile, an ADU can be a source of extra income when deciding to rent the space. In many cases, this is not the only thing, and space is better than the extra income, so the ADU can be used as an office or a guest room with all the comforts to have complete independence during the time they spend there. Another option is to use it as an independent apartment for the adult children, giving them the possibility of staying close but totally independent. Why not, since they are independent, charge them rent. Anticipating these options is necessary since when the time has come for older adults who are having it fail or have to leave the space for another where you have full assistance, they will give the possibility of taking advantage of that space they leave.
In addition to planning, it is essential to consider the flexibility these spaces offer. 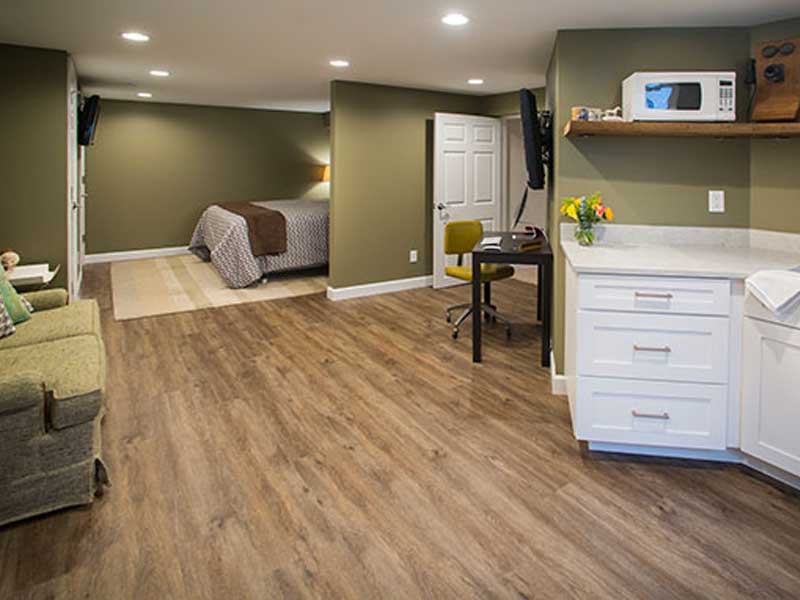 ADUs, particularly today, present some financial challenges. This occurs since in many cities, as they do not have references to contrast, it is difficult to obtain financing for their construction. Furthermore, it can be overwhelming for those who have never built or developed anything in their life.

It should be noted that the price will depend mainly on the work to be done and the number of square feet that are built. Another critical factor is whether it is new construction, an addition, or garage conversion, for example. To put a reference value, we could say that they cost between $ 40,000 for a room addition increasing for a converted space, and can reach close to $ 300,000 or more for a ground-up ADU with maximum possible square footage. 1200sqft generally being possible and in some cities a little more.

It is a significant investment, but it can also be smart if you consider the nursing expenses for an elderly person in the long term, not to mention if they are two elderly people, they are high, and it is money that is lost. Allocating that money to an ADU that will remain in the property, adding value, and giving the possibility of obtaining an income in the future, becomes a very affordable option. Nursing homes with private rooms can cost almost $ 8,000 a month.

Notably, as we previously mentioned, if ADUs are built to a universal design, they can make a home more valuable in the future, as there are very few homes available that are accessible to everyone. 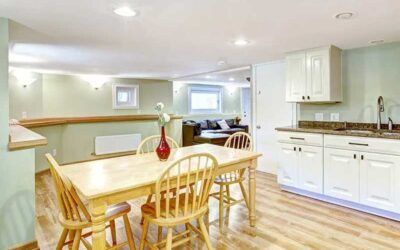 5 Things Nobody Tells You About ADUs

An ADU requires a significant investment, more than a home remodeling. In the middle of an ADU construction, you may find yourself with surprise costs. 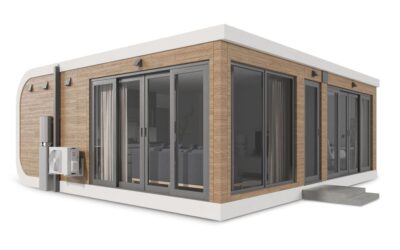 Something that seemed to be impossible now could be a reality. build a 350-square-foot home in approximately 24 hours.

All About ADU´s in CALIFORNIA

What is and ADU? ✔ Where is an ADU allowed? ✔ How Big is an ADU? ✔ What is a JADU? ✔ Can i rent an ADU?✔ The answers to all this questions and even more are waiting for you. We are ADU experts.